Beginning with the November 2018 Election, voters participated in the first district-based election when two City Council seats were up for election.  As part of the district election process, voters in each district will select one council representative who also lives in that district. The Mayor’s seat will continue to be elected at-large by all voters of Lompoc.

How Will By-District Elections Work?

Why Did the City of Lompoc Move to a By-District Voting System?

The City Council voluntarily implemented a by-district election to protect the City’s taxpayers from the risk of future litigation for any alleged violations of the California Voting Rights Act (CVRA). That decision was not based on any admission or concession the City violated the CVRA; rather, due to the combination of the CVRA’s low burden to trigger mandatory districting and its mandatory attorneys’ fees provision, all CVRA cases that have been filed have ended with the defendant governmental agency implementing a district election system and making some sort of attorneys’ fee payment.

Who Created the District Boundaries?

The City hired National Demographics Corporation, a recognized expert in this field, to propose various district maps for consideration according to requirements of the federal Voting Rights Act and the CVRA. The public provided input on those maps and had the opportunity to submit their own maps for review, some of whom did. After holding 5 public hearings and receiving further public comments, the City Council adopted the current district boundary maps on December 19, 2017, as part of Ordinance No. 1643(17). 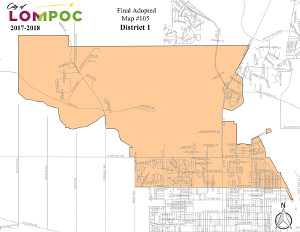 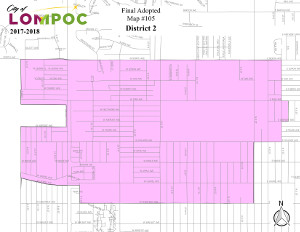 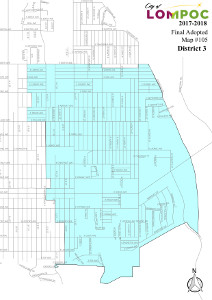 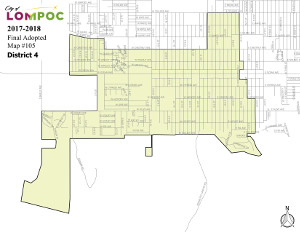 How Can I Get Involved In District Elections?

You can register to vote at registertovote.ca.gov/, or by contacting the Santa Barbara County Election’s Office. You can also check what address you are registered to vote under at the county election’s office website.

Free viewers are required for some of the attached documents.
They can be downloaded by clicking on the icons below.